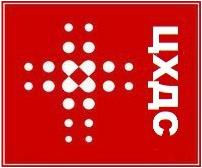 The Center for Christian-Democratic Studies is a non-governmental, non-profit organization, which aims to promote a Christian democracy, fostering traditional Christian and democratic values, commitment to democratic and social Serbia, and living in peace with its neighbor nations.

The starting points of CCDS are Christian image of man and Christian value system from which emerge the basic human values.

CCDS is committed to the affirmation of free, democratic, legal and social state, as well as to the development and strengthening of civil society. Since the beginning of the creation of modern statehood, Serbian people have been making to the effort build Serbia as a democratic state. This is also a tradition of CCDS. Human rights are in the focus of a CCDS.

Human dignity and human life, including that of unborn child, are of great importance. Every human being should be considered as a unique personality at all stages of life. The dignity of each person has equal value regardless of gender, race, nationality, age, disability, religious or political beliefs, health and opportunities, the success or lack of success and theopinion others.

CCDS has strong christian social orientation. Christian system of values requires a responsible social action of people. Help to the poor and solidarity with the weak are general social and political aims. Problems of social welfare and social justice lie at the center of true christian democracy. Therefore the primary task of CCDS is a commitment to social justice and equalization of interests with the interests of employers and workers, the strengthening of public health, education and social assistance to the poor. The Center for Christian-Democratic Studies supports the idea of social market economy which is independent of the liberal-capitalist and socialist thoughts.

CCDS is a civic, not a religious or church organization and as such is open to all people - Christians and non-Christians whose political or other beliefs are in accordance with traditional and christian-democratic value orientation and who are willing to work for the benefit of society and the state.